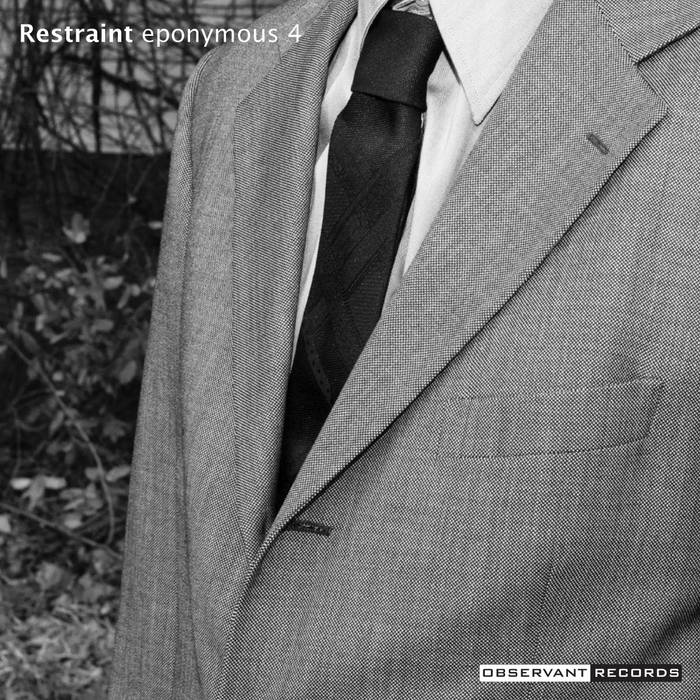 He started working on that challenge in 1999, jotting down ideas for songs that tried to stay away from the usual I-IV-V chords of most pop music. That means bass lines moving in half steps and thirds, songs using nothing but major chords, melodies vacillating between sharps, flats and naturals. The style of the song didn't matter.

The resulting music took some pretty drastic turns. One track called to mind '80s new wave ("Melt"), another college rock ("Emancipation"). One song suits a jazz trio ("Strange Arrangment"), another an orchestra ("Reticence"). There's a piano ballad with quiet explosions in the distance ("Speechless"), and two sides of a correspondence never gets sent ("Letter I", "Letter II").

These songs came together as "Restraint", the second full-length album by Eponymous 4, written and initially recorded in 2005 immediately after "Imprint". It's an ambitious album spanning numerous and sometimes conflicting styles, held together by the idea that pop music could afford to be just a little strange.

Greg isn't much of a guitar player, but "Restraint" marked a pivot in his writing that moved away from the keyboard. His first demos for the album faked the guitar parts with sample libraries. Those demos were released as the third volume in the Work Release Program. Amplification modeling software, however, allowed Greg to hear the songs closer to what he imagined.

So he endeavored to replace those fake guitar parts with real ones — as much as he was capable — and rechristened the Work Release Program as the Ex Machina Series.

This reissue of "Restraint" are the songs how Greg intended them to sound.

Produced and engineered by Greg Bueno

Thanks to Lauren Tarbel and James R. McGirr