A Ghost in My Shadow 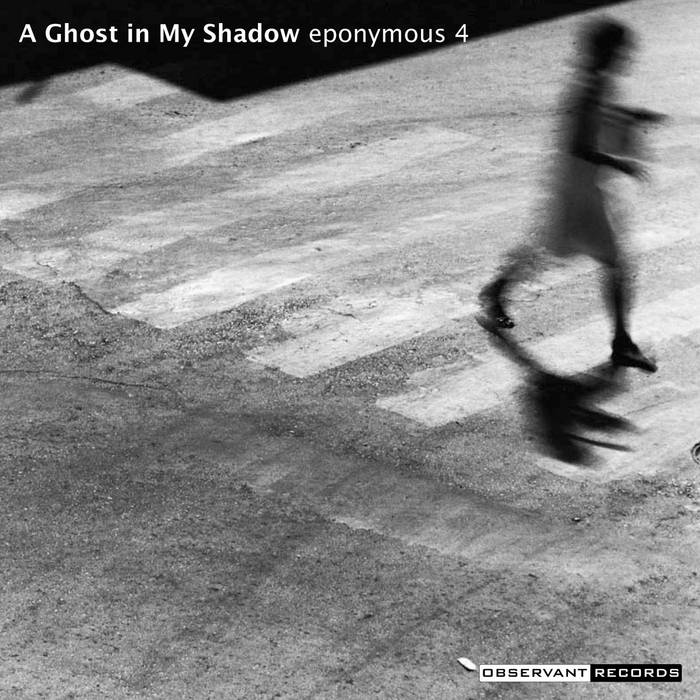 Having fleshed out music for two full-length albums and three EPs, Eponymous 4's Greg Bueno turned his attention to a binder full of aging manuscripts from more than 20 years ago. These were the first songs he wrote while in high school.

But a few song, such as "Promises" and "Silver Sting", survived that era, and Greg wondered if perhaps there were some rough diamonds in that binder. So he went through each song and tried to suss out what his inexperienced ear had been attempting to do. Most of the songs went under such intense revision to become entirely new works with traces of their earlier identities.

The very first song he wrote, "Untold Demons", pretty much retained its title and first six chords. "Go" started out as a power ballad but turned into a '90s alt-rocker. "Dusk" retained its heavy influence from Duran Duran. The manuscript for "Light of Day" was missing most of its pages, but the surviving material was enough to fashion a new track. "Beat of the Heart" and "Nagasaki" were the only tracks to retain their original forms.

A few other tracks — "Five (Ambiguous Friendships)", "No Exit", "Faith in Religion" — had been recorded on the workstation stolen in 1998 and were re-recorded.

"A Ghost in My Shadow" is an archival collection remodeled, the old turned to new. It's the work of a young, inexperienced songwriter realized by an older, less inexperienced mentor.

"A Ghost in My Shadow" is the fifth volume in the Ex Machina Series.

Produced and engineered by Greg Bueno